Here at Born Gifted have been selling silver gifts for children's births and other special occasions for well over a decade. We have picked up lots of knowledge on the subject along the way.  With that in mind we decided to put together this informative article to share some of the fascinating and useful facts all about our favourite precious metal - we hope you enjoy it!
Silver isn’t just decorative, and it has many uses beyond gifts for christenings or as a symbol for celebrating 25 years of marriage. We have a special place in our hearts for silver when it comes to gifts, so we thought we would provide a little more insight into this wonderfully versatile metal.

Humanity has had a long and fascinating love affair with silver, a precious metal which has been used for centuries for its mesmerizing luster and purity. Archaeological evidence suggests that people have been enamored with silver for at least 5,000 years. 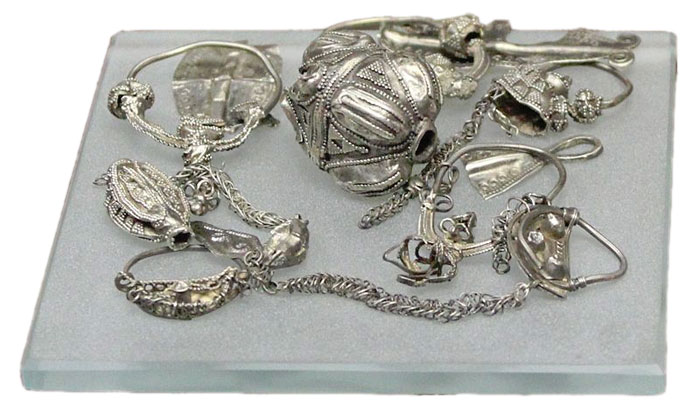 When Was Silver First Discovered and Used?

Silver occupies a prestigious place in the annals of history as it was one of the first five metals to be discovered and used by humans; alongside iron, lead, copper, and gold.

We don’t know precisely when silver was first discovered, but archaeological evidence shows that it has been used since prehistoric times. There have been silver objects unearthed at archaeological dig sites in Greece dating back to as early as 4,000 BC, and the Sumerian City of Kesh also had artifacts dated back to 3000 BC. [Ref.] 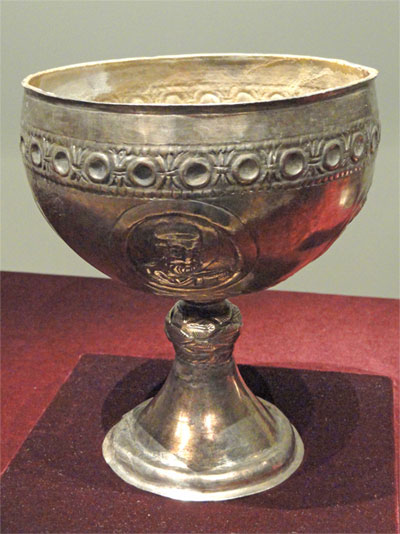 Humans have always been drawn to this precious metal due to its aesthetic nature and therefore suitability for use in jewellery and luxury tableware and also for its practical uses in medicine and modern technology.  However, silver also has a mystical hold over humankind and is mentioned much throughout history in both folklore (think silver bullet killing werewolves) and in many religious stories (think 30 pieces of silver for Judas Iscariot) 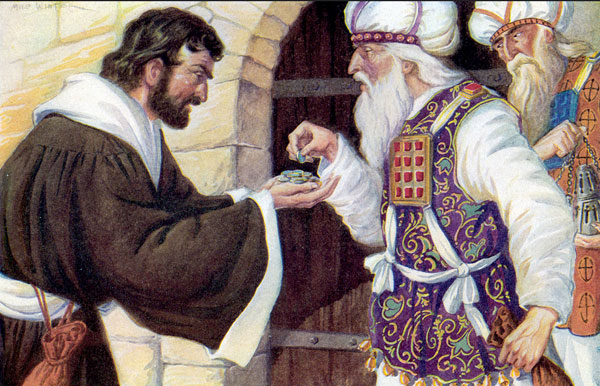 Occasionally, silver can be spotted in minerals and rivers. If you’re lucky enough to spot a nugget of silver in the wild, then do your happy dance as it is an incredibly rare occurrence!

Rare as it is, you’d be lucky to find even a tiny nugget, but there have been instances recorded in Colorado where there were “pieces of silver as big as stove lids and cannon balls.” However, that may be a tale that has grown with every telling. 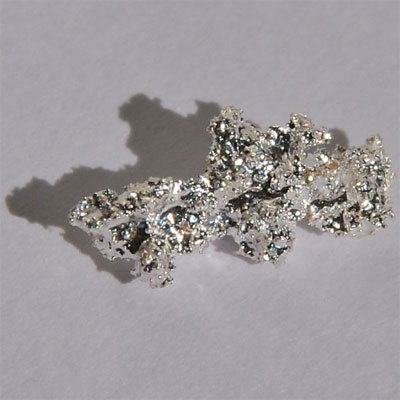 Silver and lead like to hang out together, such as in the mineral galena, a source of lead sulfide. Due to the metallic luster of Galena, the mineral would have caught the eye of the ancient man on the hunt for new sources of metal.

In fact, the silver artifacts found in Greece and Kish were refined from Galena and other lead-containing ores; proving that humans have been mucking about with chemistry for an awfully long time. [Ref.]

Apart from the occasional lucky silver nugget people find glinting up at them from a river bed, the rest of the silver you see being used commercially comes from mines and is all the same chemical element (Ag). So, how are there different types of silver?

Pure silver – or the unprocessed stuff which comes directly from the ground - is too soft to be of much use in jewelry, gifts, and home décor items. Even though it is difficult to work with in its unaltered state, pure silver is incredibly shiny, but there are ways to make it more useful while maintaining the sparkle.

Unfortunately, any contact with the environment will cause pure silver to tarnish quickly. Just a whiff of ozone, or a sniff of hydrogen sulfide (sulfur in the air), and silver you could once see your face in rapidly turns it into a dull grey smudge!

To make silver more usable and resistant to tarnishing it is mixed into an alloy called sterling silver, which is 92.5% percent pure silver, and the remaining 7.5% comprised of other metals. A favorite metal for mixing with silver to make sterling silver is copper. 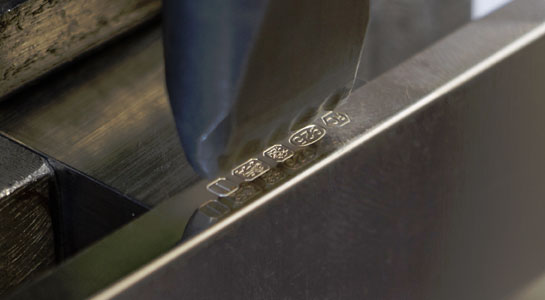 Sterling silver is usually hallmarked which guarantees that it has been independently tested by the assay office in the country of manufacture.  The hallmark is usually stamped into the silver.

Even with the added copper, sterling silver still tarnishes quite quickly, so other metals may be used to increase silver’s resistance to the environment. These metals include boron, silicon, platinum, zinc, and germanium. [Ref.]

German, or nickel silver as it is otherwise known, is a popular type of silver for use in jewelry and home décor, but there is no actual silver in German silver. Copper, zinc, and nickel are mixed to create an alloy which closely resembles silver. You will often find German silver with a plating of real silver over the alloy metal. [Ref.]

Tibetan silver is usually made in china where it is incorporated into jewellery items of slightly lower value.  It is similar in some respects to pewter, although still containing some silver, other metals such as tin, copper; nickel alloy and zinc are added to make this metal more affordable. 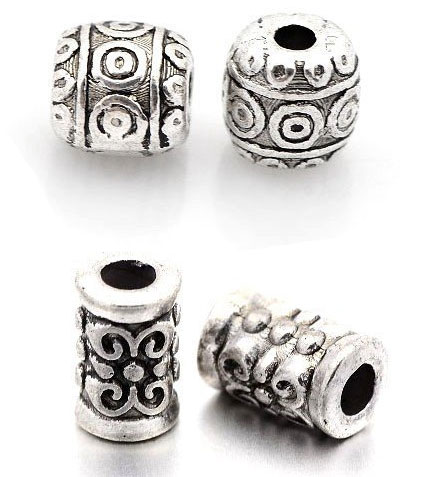 Surprisingly, some people enjoy the look of tarnished silver. Enter oxidized silver, where pure silver is oxidized through a controlled process that exposes the silver to the environmental factors which cause tarnish. Oxidized silver is preferred by some as it requires very little maintenance, and any further tarnishing will simply add to the appeal. [Ref.]

To make silver items accessible to the masses, jewelry and other items are made from a base metal and then plated with authentic silver using a process known as electrolysis. Electrolysis is a process where an item has an electrical charge applied to it while being dunked in an electrolytic bath of silver nitrate. Silver particles are attracted to and bond with the base metal to give it a beautiful silver shine. 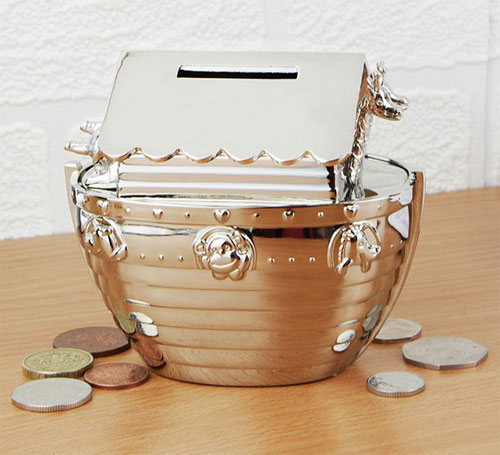 Many children's gifts are made from silver plated metals making them a much more affordable, yet still attractive baby or Baptism gift.

Silver also has many uses in industry as well. It’s the best conductor of heat and electricity out of all known metals, making it the perfect ingredient for the solder used in printed circuit boards that go into everything from toasters to flat-screen TVs! 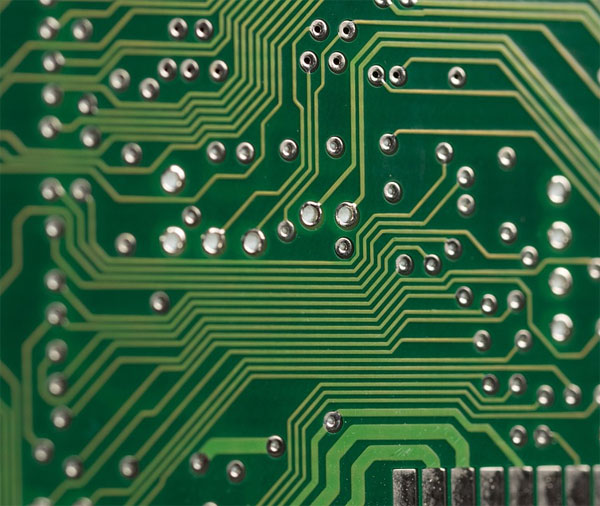 Silver may also be behind that reflection staring back at you every morning in the bathroom mirror. While mirrors can be manufactured from a few different materials, including aluminum, silver has no equal regarding reflective properties once it has been polished to a sheen.

Silver glass mirrors are most commonly found in bathrooms due to silver’s ability to reflect clear and accurate images. The mirrors are created by applying a coating of silver on a plate of glass, with a protective copper film over that, and then two or more layers of paint. This process ensures the long-life of the mirror, as silver tarnishes very easily when it meets with the outside environment. [Ref.]

Silver is also the secret ingredient to cameras which still use film rather than digitally captured images.  Silver bromide is sensitive to light. When suspended in a thin gelatin solution (the cellulose acetate of the film) it creates a photographic emulsion. 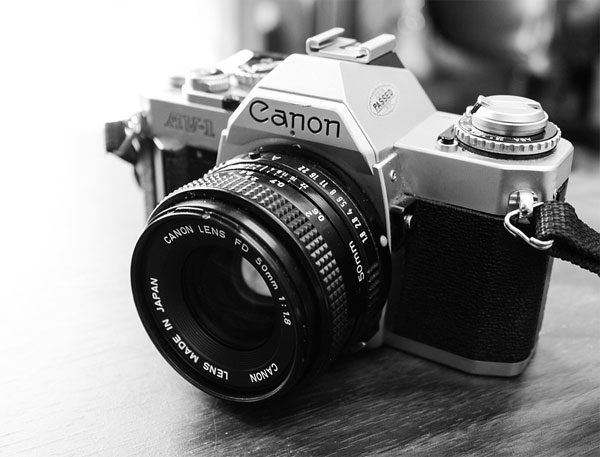 The bromide decomposes when exposed to light and preserves the photographic image. The film is then used in the lab to develop the photograph. Scientists used the silver bromide technique to capture the first clear images of Saturn and Jupiter in 1879 and 1886. [Ref.]

Why Silver is Popular for Baby & Christening Gifts? 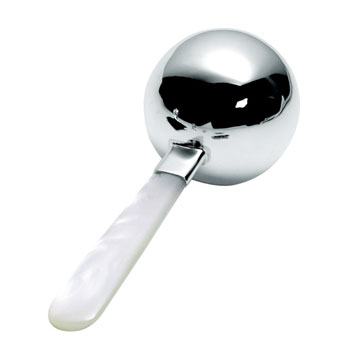 There’s nothing purer than a new life which has entered the world, and only silver can represent that purity in material form, but it also symbolizes faith, grace, humility, and fairness.

The Bible talks a great deal about silver as it often referred to as a symbol of wealth and richness in both a literal and figurative sense. Christening gifts of silver are often cherished for a lifetime and take pride of place on mantelpieces and display cabinets in many homes throughout the world. 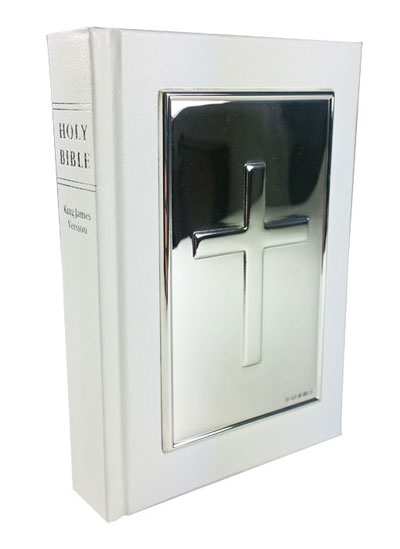 Silver Christening gifts can take many forms.  Jewellery is an obvious choice particularly for little girls; and piggy banks are also a firm favorite and come in a wide range of styles. Another popular traditional keepsake is the silver cup or tankard, often embellished or embossed with complex and beautiful designs. For Scottish babies the silver Quaich (drinking cup with handles) may be more appropriate. Silver cutlery sets specially designed for little hands are another popular choice and make a thoughtful and enduring gift that will last a lifetime.