It’s the time of the year that primary school teachers across the land dread – the school Nativity play.  Parents are quietly hoping their child will be trusted with a leading role, half days are booked off work, and iPads are charged and ready.  This glorious tradition is one of the highlights of the school calendar and undoubtedly gets everyone into the Christmas spirit.  Guaranteed to bring tears of laughter to proud parents’ faces, even if their pride and joy does end up playing a palm tree!

The people at Born Gifted thought it would be a bit of festive fun to conduct a short survey to find out a bit more about personal experiences of the school Nativity play.

The results from their survey of just over 300 parents show that fewer schools are putting on a Nativity play nowadays (76%) compared to when the survey participants were at school (92%).  This is perhaps a reflection of the more multicultural society in which we now live.  Nonetheless, 94% of those parents said they would like to see the school Nativity continue, proving that this is still a much-loved tradition here in the UK.

Parents were asked which roles they played in the Nativity when they were children and also which roles their children are playing now.  Interestingly there has been little movement in the figures with the most common roles going to Angels, followed closely by Shepherds and then Kings/Wise Men.  Good traditional parts at the top as you might expect. 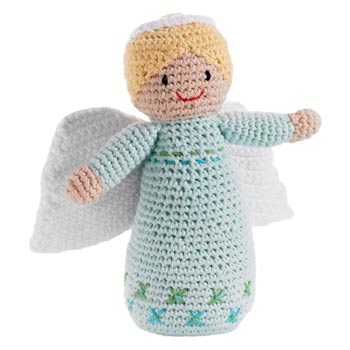 New to the scene

What was noticeable from the results was the increase in more obscure roles in modern day plays. For example, newcomers to the Nativity Scene included Santa, reindeer, chickens, robins, mice, baubles and in one case Ant ‘n’ Dec (who even with their ubiquitous appeal were probably not present at the birth of Jesus!)

Of course the school Nativity play always works best with young children in the cast.  This is partly due to the cute factor (what 4 year old doesn’t look adorable dressed as a lamb or a star?)  However the overwhelming factor in the success of the school Nativity play, at least from the parent’s point of view, is the unpredictable nature of the cast which usually leaves plenty of scope for hilarity.  So for a bit of festive cheer Born Gifted asked parents for any funny anecdotes from Nativities past or present. 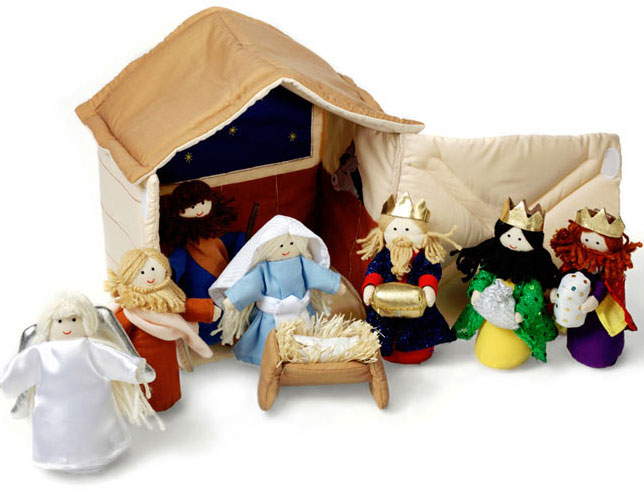 A not uncommon response and worthy of many laughs were the scuffles and arguments between cast members.  For example when Mary repeatedly hit Joseph over the head with a toy lamb, Shepherds angrily chasing each other about the stage with crooks, or Angel Gabriel pushing one of the donkeys off the stage.   Baby Jesus doesn’t always get the respect he deserves either, with plenty of stories involving the son of God in a tug-of-war contest or being dragged around by his hair!

Of course there were reports of the usual minor mishaps including wise man wetting themselves, sheep falling asleep, shepherds picking their noses, and overenthusiastic singing from the choir of angels.  All very funny and undoubtedly adding to the charm of the performances.  However our favourite story has to be the little drummer boy, who when his big moment came, sang ‘Little Door Key’ instead of ‘Little Donkey’! 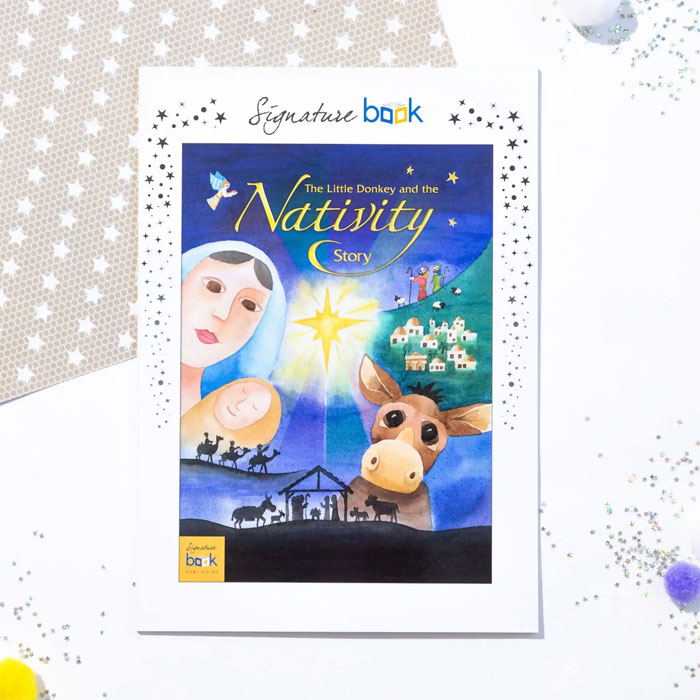 If you're looking to re-tell the story of the Nativity to your child this Christmas why not treat them to one of our unique and engaging personalised Nativity books, which is told from the perspective of the donkey!